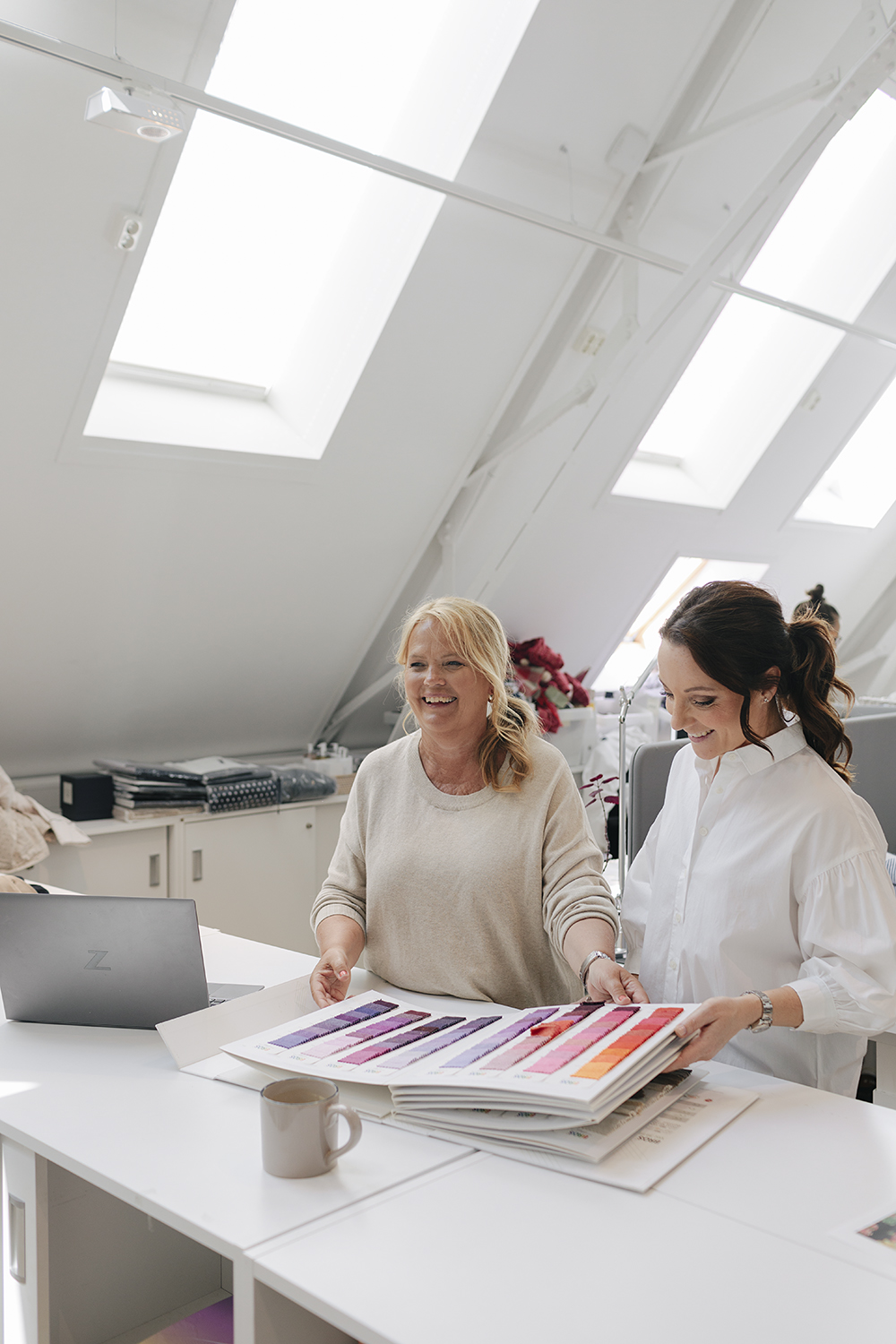 Frida Ramstedt wants to revolutionize the way interior design decisions and purchases are made. To get to her goal, Frida applied for and became the first recipient of a one-year mentorship from Lexington Company’s founder, CEO and creative director Kristina Lindhe and a development grant.

We sat down with her and her new mentor to talk about Frida’s idea, about entrepreneurship and the importance of mentorship for both parties.

Tell us a little bit about your idea, Frida?
Without revealing too much, it’s a new type of search service that can improve e-commerce and simplify consumers’ way of shopping. But it’s not only about the aesthetics. Like I wrote in my pitch deck: ”Just as the same pair of jeans won’t fit everyone, neither will the same piece of furniture.”

Frida, You’ve had your company for a few years now and have written multiple books, why did you apply for the mentorship?

As an entrepreneur you can manage to a certain level by yourself, but in order to grow and expand you have to surround yourself with experienced and better skilled people.

A good mentor doesn’t necessarily have all the answers for you, but they can help you a lot by asking the right kind of questions. However, people who are really good at what they do and who are driven as entrepreneurs usually don’t have a lot of spare time. So it’s hard to get access to them and their knowledge. That’s why this mentorship is extremely valuable for me.

We cast a wide net, and we were expecting the recipient to be from any industry. We weren’t specifically looking for someone in the interior design industry, it just happened to be that way. We identified five strong candidates, and Frida and her idea were the right fit.

Most people think an entrepreneur must be an inventor, which is a common misconception. An entrepreneur can work in a traditional space, but in a contemporary way. And that’s what stood out with Frida’s application. The digital aspect of her idea gives a new dimension to what is already out there.

What advice do you have for future entrepreneurs?

Frida: ”Sell your mind, not your time.” That’s a quote from Naval Ravikant but I live by it. And don’t focus too much on ideas, focus on execution. Coming up with ideas is not enough – nor unique. But making something of them often is.

Also worth having in mind when you look around for inspiration, for a mentor. Is he or she a doer, or a talker?

Kristina: Yes! But that mindset can become a problem later in your journey. Within the organization. You might have a lot of ideas you want to try, but not everyone is on board. Some ideas might fail, and not everyone wants to try out risky ideas because they feel that they could be wasting time. But you have to try your ten ideas even if only three of them are successful.

Frida: I can relate, even if my company is much smaller. When I come up with something new and want to change gears, it’s sometimes difficult for my co-workers (especially when we have younger interns) to shelve whatever they’re working on and hop on this new idea or concept before they have finished the first one. But if you get bogged down on details as an entrepreneur you won’t get anywhere. Just because something is shelved for a while, it doesn’t mean it will never happen or that working on it was a waste of time. I often go back and forth, taking relevant parts from older projects into newer ones. Or pick up half baked ones – to finish them when the timing is better. Being an entrepreneur is not like running a race along paved roads, it’s more of a multidimensional orientation process. Your endurance and patience is often more important than your speed. 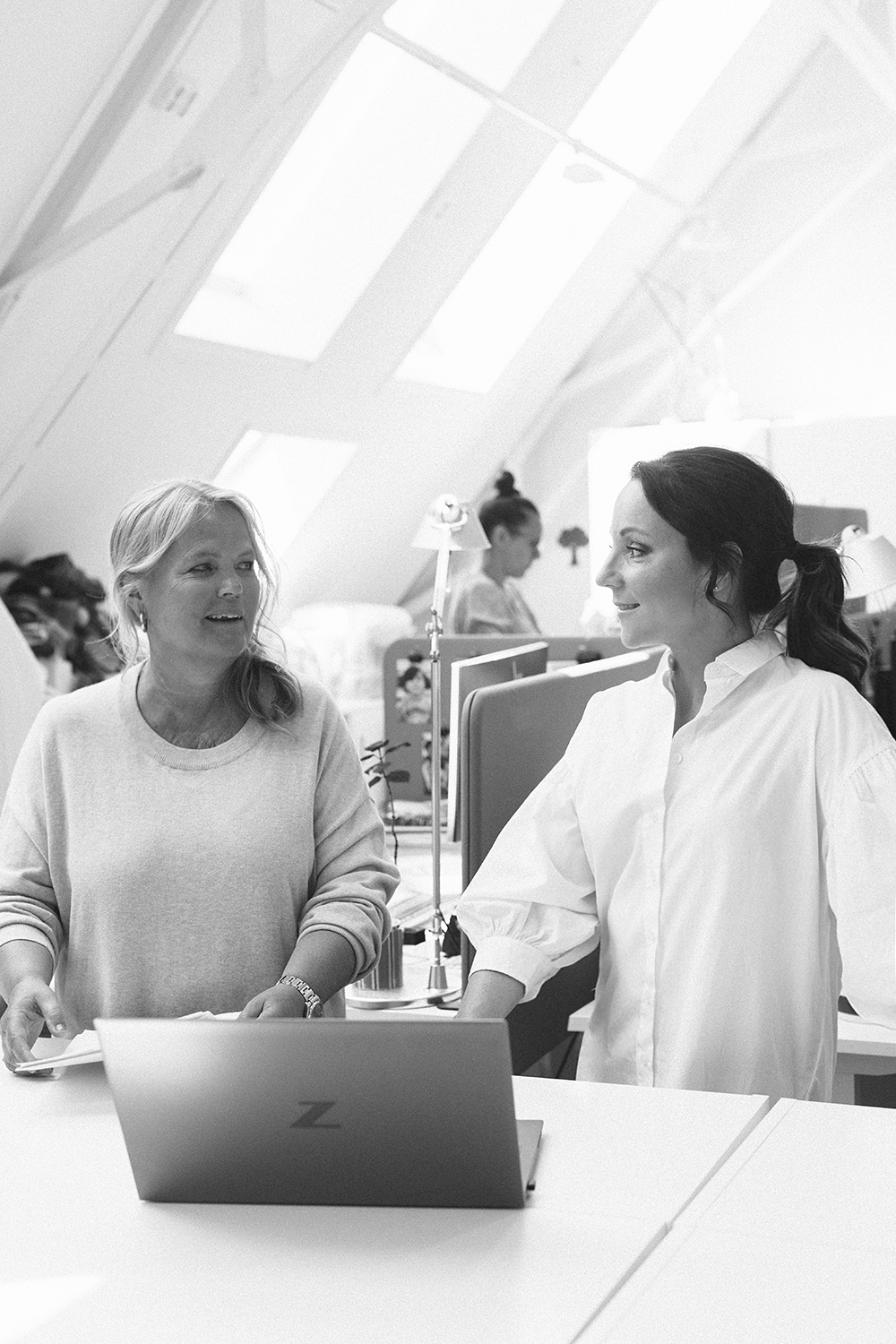 Finally, what advice do you have for someone who’s looking for a mentor?

Kristina: If you want to be sure you’re going to have a mentor, just go through many of the great mentorship programs available. The programs are very structured, which is good and you can always ask for a trial period because some of these programs cost a lot, and you might want to be sure that this is right for you before you commit. And don’t be scared to ask for a different mentor if your mentor/mentee relationship isn’t working.

Frida: Make sure to choose a mentor who is good at what you’re trying to improve. And that shares your values. If you don’t have the same type of goals or see things the same way, it’s not going to work.

Kristina: I agree. I’ve been a mentor on different mentorship programs, and I’ve always said I want to mentor someone with an entrepreneurial spirit. Often, the applicants are from big accounting firms or law firms. They’re usually dealing with other types of questions, so that mentor/mentee relationship wouldn’t work for either party. I’ve never created a career plan, which most of these people do. I can’t give advice on that. 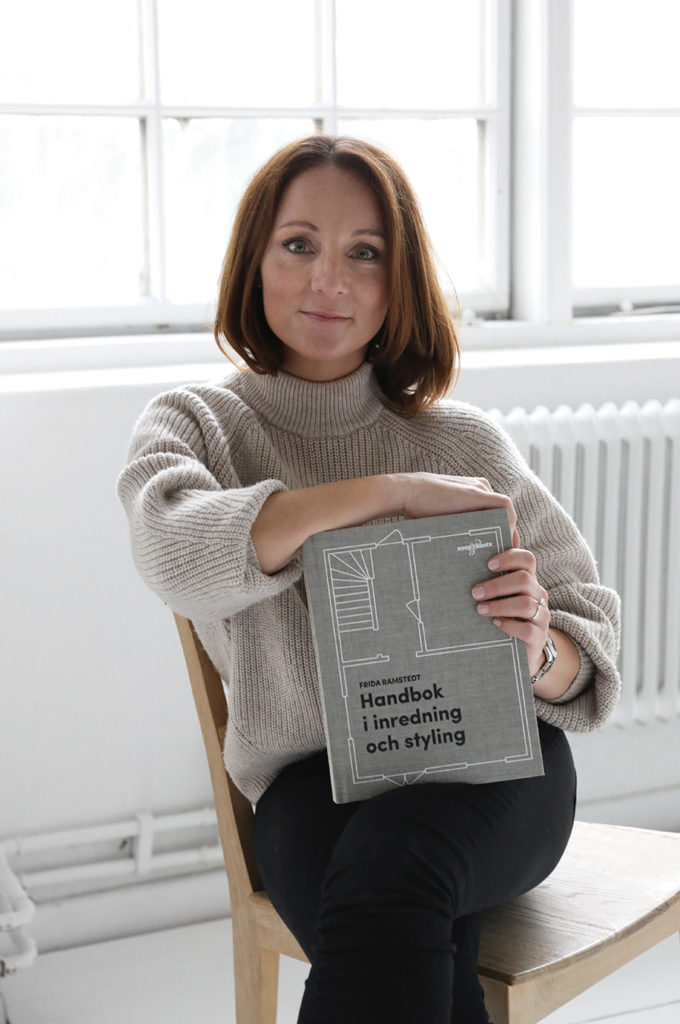